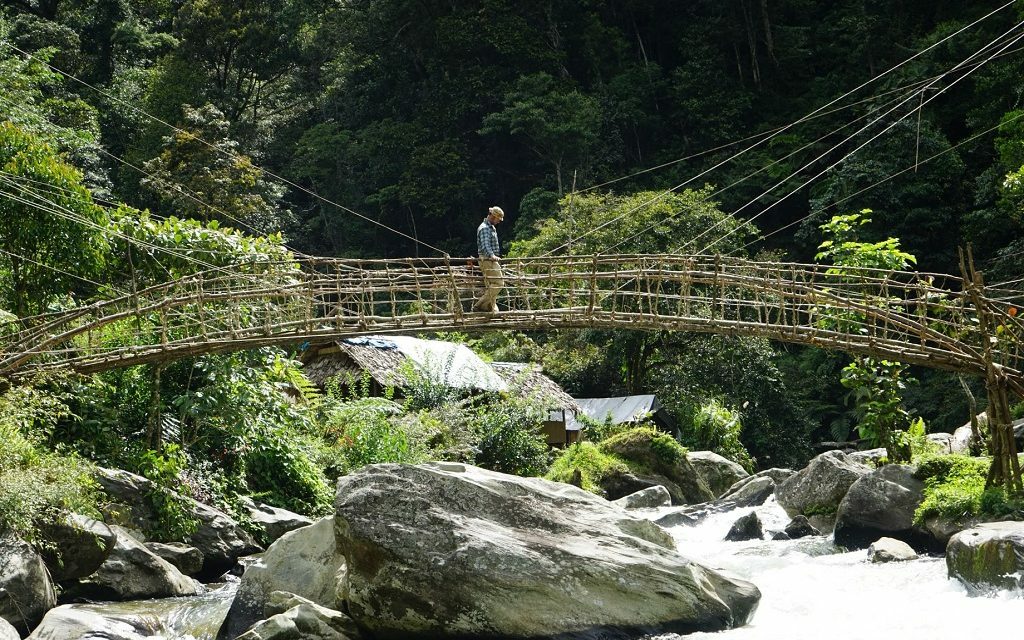 The Minister for Veterans Affairs has allocated $10 million for commemorative projects in Papua New Guinea.

This will include the development of a Military Heritage Plan for the Kokoda Trail which is most welcome.

However, the plan also provides for the construction of two modern prefabricated bridges across the Goldie and Brown Rivers, and two more at unspecified locations.

At this stage there has not been any assessment of the need for such bridges from either trekkers or village communities.

We are therefore seeking your feedback which we will bring to the attention of the Minister before DVA finalises their plan.

Kokoda is almost the complete adventure experience for Australian boomers, their siblings, and students with an interest in our military heritage. The trek requires physical stamina and mental tenacity. The wartime history evokes strong emotions.  The unconditional care and support of local PNG guides and villagers is humbling. The environment is rugged, remote and pristine. For many thousands of Australians, young and old, the experience is much more than a trek – it’s an epiphany!

An idea that often sounds good in an office planning environment may well detract from the experience they should be trying to enhance. The construction of prefabricated bridges which are not part of the natural environment across the Trail is a good example.

Following are some thoughts for consideration in your response:

The first essential step in assessing the value of such a large investment is to survey past customers i.e., trekkers, to seek their views. This is important because they are the key income generators for the Kokoda trekking industry.

Government officials should therefore seek answers to the following key questions in their deliberations:

The proposed prefabricated bridges fail this test because they will not enhance our shared military heritage across the Trail; they will deny local villagers the opportunity to earn additional income by building and maintaining traditional bridges across their land each year; and they will be seen as an environmental eyesore by many. They will also detract from a ‘sense of ‘adventure‘ in the ‘land of the unexpected!

The only financial beneficiaries will be city based construction companies engaged in the prefabrication process at multiple times the cost of traditional bridges!

The solution is to allocate responsibility for the environment along the Trail to the people who own the land i.e., the Traditional Resource Custodians, and contract them to maintain it. This could be funded by the introduction of a PNGK100 (A$37) ‘Trail Maintenance Levy’ as part of the normal ‘trek permit fee.

The impact of social media should also be acknowledged in the consideration of any artificial enhancement of the Trail. A significant proportion of photos distributed on social media capture the various river and creek crossings – authentic traditional bridges built by villagers are a regular feature.

From a marketing perspective, let’s assume each of the 3300 trekkers who cross the Trail each year takes 100 photos and shares them with at least 100 friends (a very conservative assumption). This results in 33 million social media hits on a single platform each year!

The following pictures provide an illustration of the prefabricated bridges currently planned by DVA, as well as some examples of traditional bridges constructed by local villagers using natural bush material over the past decade.

Please let us know your thoughts so that we can pass them onto DVA.

Proposal for a visitors centre at Owers Corner