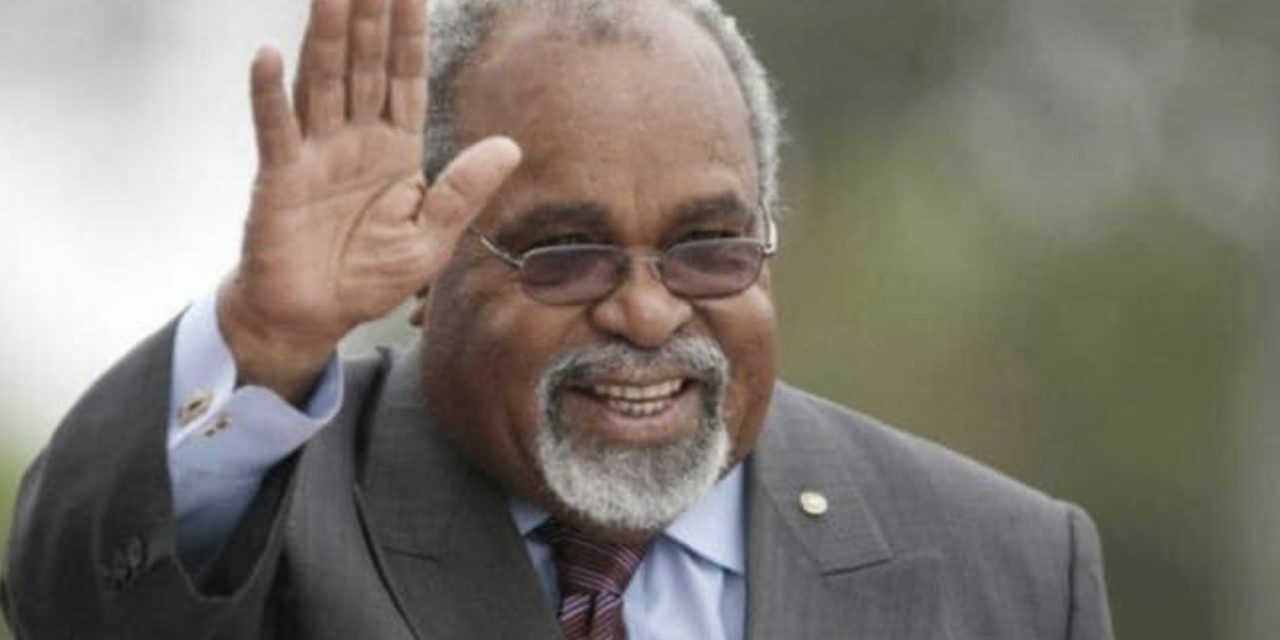 ‘Papa Grand Chief’ will forever be to Papua New Guinea what Lee Kwan Yew was to Singapore; Ghandi was to India; Nelson Mandela was to South Africa – a giant of his era and an inspiration for future generations.

The passing Grand Chief, The Hon Sir Michael Somare, who led a thousand tribes to nationhood in the ‘land of the unexpected’ is the end of an era for Papua New Guinea.

Eloquent obituaries from those who observed and shared his journey are testimony to his character, his political astuteness and his love of country.

To Papua New Guineans, colonial titles such as ‘Honourable’, Sir’, and ‘Knight of the Realm’ were meaningless, he was simply their beloved ‘papa Grand Chief’.

My first meeting with Sir Michael was the result of a ‘call from the unexpected’ in my Parliamentary office in Sydney. ‘Sir Michael is in the Park Hyatt across the road and would like to meet you!’ Half an hour later I was ushered into his suite and introduced. I was in awe of his presence – he had all the aura of a ‘Grand Chief’. We spent about an hour discussing the need to protect our shared wartime heritage in PNG and the political challenges of the time. We also had a few hearty laughs about some of our experiences in PNG – he had a great sense of humour and loved telling the story about being asked for identification on arrival at Brisbane airport – as he fumbled for his passport he flashed a K50 note with his photo on it and asked if that would be OK.

His purpose for the meeting was to ask me to arrange a meeting on his behalf with Premier Bob Carr. This was a big call as I was relatively new to politics, I was in the opposite political party to the Premier, and I occupied the lowest rung on the political totem pole.

I called Col Gellatly, the affable and highly respected Director-General of the Premier’s Department and explained that I had a request from left field’. ‘Leave it with me Charlie’ he said.

The following afternoon I escorted the Grand Chief into the Premier’s office, introduced them and had a quick yarn before leaving them to their business. I believe they became good friends which would have been mutually beneficial for our international relations when Bob later became Foreign Minister.

I later met Sir Michael in the PNG Parliamentary Dining Room and invited him to host a dinner at the Airways Hotel where we presented him with a strategic plan we had developed for the Kokoda Trail.

I will forever treasure the memories of those moments.

Papa Grand Chief will forever be to Papua New Guinea what Lee Kwan Yew was to Singapore; Ghandi was to India; Nelson Mandela was to South Africa – a giant of his era and an inspiration for future generations.

RIP Sir Michael – your duty has been nobly done.