More than $5 million has been hijacked from Kokoda trekkers by unaccountable government agencies over the past decade. This money had been paid in good faith to meet their basic needs in the form of adequate campsites and a safe trail. The fees were also meant to provide for shared community benefits for villagers along the trail.

However, since Australian officials assumed control of the emerging Kokoda trekking industry in 2008 not a single dollar has been spent to improve campsites, toilets or management systems to meet the needs of taxpayer-trekkers.

Nobody knows where the money has gone because the officials involved have never produced an audited financial report.

Nobody knows what they do because they don’t produce newsletters or answer emails. Not a single resolution from a forum has ever been actioned. Not a single workshop has been conducted at village level to see how the custodians of the land across the trail could benefit from the trekking industry.

In the meantime, local PNG carriers continue to be overloaded, underpaid and poorly equipped. Local campsite owners are continually short-changed while villagers have been reduced to the status of spectators to a passing parade of trekkers.

The wartime significance of the Kokoda Trail continues to be ignored by DFAT officials who refuse to engage an accredited military heritage architect to develop a Master Plan to honour and interpret the Kokoda campaign. They seem to cling to a misguided belief that people want to trek Kokoda to have an ‘environmental levitation’ and refuse to acknowledge that it is a significant wartime historical pilgrimage.

A DFAT official from their Kokoda Initiative recently informed a perplexed trekkers forum that ‘in one of the fallen old trees at Myola a scientist discovered over 200 types of fungus growing in its trunk. This was recorded in the Guinness Book of Records’.

The recent review of the Kokoda Trail management system ordered by former Prime Minister Peter O’Neill has been cleverly hijacked by the Kokoda Initiative – the same organisation that created the dysfunctional organization during the period 2008-2012!

In a classic ‘Yes Minister’ manoeuvre the Kokoda Initiative assumed control of the process and engaged one of their former officials who is now a ‘consultant’.

His review was conducted without trekking across the trail to better understand the wartime significance of the pilgrimage or the local needs of villagers. It was no surprise that his ‘desktop study’ recommended an adaption of the status-quo.

His review is being reviewed and is now into its third year without any recommendations being implemented – this surely has to be a world record for a management office with a staff of just six people!

The Kokoda Track Authority (KTA) office is now beyond dysfunctional and completely irrelevant to the Kokoda trekking industry. The Board it reports to has never produced an annual report – or even a set of Minutes for its meetings. Nobody from the KTA; the Board of Directors; the Kokoda Initiative; or DFAT has ever trekked across the trail with a group of trekkers to discuss their needs in situ. As a result they operate in a parallel universe to the reality of the trail.

The recent appointment of the Deputy Secretary of the Department of Provincial and Local Level Government as Acting CEO was another attempt to shift blame for their past incompetence.

The Kokoda Initiative’s contempt for trekkers and villagers was recently demonstrated through their involvement in the donation of $150,000 of trek fees from the KTA to KTF, an Australian NGO, to assist PNG villagers on and beyond the trail to pay school fees.

Education is free in PNG. The KTA was never established for this purpose. One of the people involved in the decision to donate the funds failed to declare he was a Director of KTF – the recipient of the funds! No supporting documentation has been provided to validate the donation.

Covid-19 has revealed the folly of this donation. Local guides, carriers and campsite owners have had their income for the year wiped out but the organisation established to ensure they received shared benefits for them has nothing left in the bank to support them.

Kokoda Initiative officials also seem blissfully unaware of the fact that world-class campsite facilities will lead to more trekkers which in turn will lead to more shared benefits for communities along the trail. Do-gooder NGOs who spread taxpayer funds and other-peoples’ money like confetti for feel-good causes have the opposite effect by institutionalising Aid-dependency.

The 46 percent decline in trekker numbers since Australian officials, consultants, environmentalists and ‘strategic advisors’ took control of the Kokoda Trail in 2008 is evidence of this fact.

One can only conclude they have a different agenda which has nothing to do with the protection of our shared wartime heritage; the development of a sustainable trekking industry for PNG; the environmental protection of the trail; or the economic and social empowerment of villagers across it.

It’s time to end the hijack and return Australian officials, consultants and advisors involved with the KTA and the Kokoda Initiative to Canberra. The Kokoda Trail is PNGs most popular tourism asset and is economically sustainable – it should therefore be managed as a tourism asset on a commercial basis with local incorporated landowner groups as the major shareholders in a Kokoda Trail Management Company.

The following pics illustrate the value Australian taxpayers have received for their $50 million investment in the DFAT Kokoda Initiative over the past decade (this is in addition to the $5 million they have collected from trekkers).

Unfortunately, there are no pictures of interpretive memorials along the trail because none have been developed since the Canberra based enviro-evangelists in the Kokoda Initiative assumed control of it in 2009. 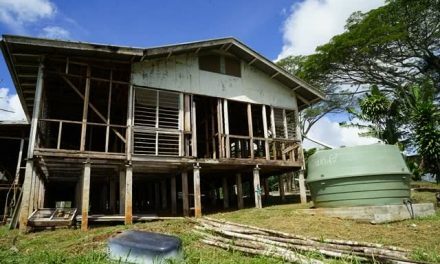 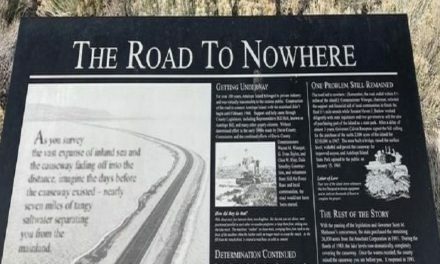 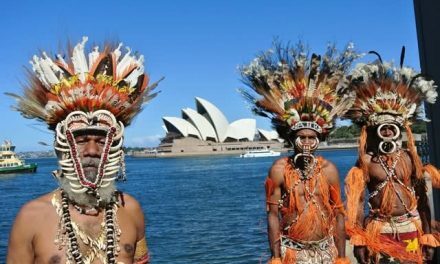