Air Niugini’s Paradise magazine describes a visit to Ower’s Corner, where ‘the road the road becomes a footpath that connects the start of the Kokoda Trail . . . just an hour and a half from downtown Port Moresby’.

Visitors who make the journey are bound to be disappointed. Rather than looking down on a traditional village with interpretive signage, maps and a local market they are confronted with memorial graffiti.

An abandoned campsite acts as a reminder of poor planning and consultation with local landowners.

A purple Ranger’s Hut with a galvanised iron roof stands as a bureaucratic monument to impeded vision. Four large steel girders representing some sort of monument clash with the spectacular vista of the Owen Stanley Rangers beyond. A lone 25-pounder gun under an iron roof without interpretation has been plonked in the centre of the area. Nearby are three panels with a politically correct version interpretation of the Kokoda campaign.

And to round it off Aid funded power poles now encircle the area as a final ‘up you’ to the surrounding environment.

A few locals sit around with some bilums, warm coca-cola and packets of twisties for sale. Visitors cast a cursory eye over their wares but rarely buy anything – they bring their own drinks and snacks and most have already brought bilums from the markets in Port Moresby.

To say they are underwhelmed when they depart is an understatement.

It is obvious that the $50 million spent by the Australian Government on the Kokoda Initiative has not had any impact on improving the livelihoods of the local Owers Corner community.

But it doesn’t take too much imagination to realise the potential of the area.

Imagine the feeling among visitors on a mini-bus as it crested the top of the ridge at Owers Corner to reveal a gathering of traditional Koiari tree houses in the foreground of the majestic Owen Stanley Ranges.

Imagine an imposing granite wall with images of soldiers and ‘fuzzy-wuzzy angels’ with a memorial stone where visitors could lay a wreath or a poppy – and no need to bring them with you as they can be purchased from a stall build from ‘bush material’ in the local market. They could also buy a PNG brewed coffee and scone from an adjacent stall or cold drinks from their solar powered fridge. Traditional bilums with ‘Kokoda Trail – Owers Corner’ screened on them would be popular as would carved trekking poles. Visitors could observe these being made by locals sitting around their stalls.

Imagine a small museum with restored weapons – a .303 rifle; a bren gun, an Owen gun, a 3” mortar, M36 hand grenades, bayonets, mess tins, soldiers uniforms, pictures, etc adjacent to the 25 pounder gun. These could be obtained on loan from the Australian War Memorial as Papua was Australian territory in 1942 so it would be within the charter of the AWM to support it.

Imagine interpretive signs and maps that would provide visitors with an accurate historical understanding of the Kokoda campaign, the Koiari people and the local flora and fauna.

Imagine a traditional gateway through which trekkers pass to the beat of kundu drums as they depart from or arrive at Owers Corner – one that symbolises the arrival or departure of ground sacred to our shared wartime heritage with PNG.

Imagine a signpost that listed all the significant battlesites and villagers with the distances from Owers Corner.

Imagine having the opportunity to trek down to the Goldie River for a bar-b-que – or stay overnight in traditional village huts – or trek to Imita Ridge and back.

Such facilities and opportunities would warrant an entry fee of K15 per person.

Imagine how happy the Owers Corner community would be with that! 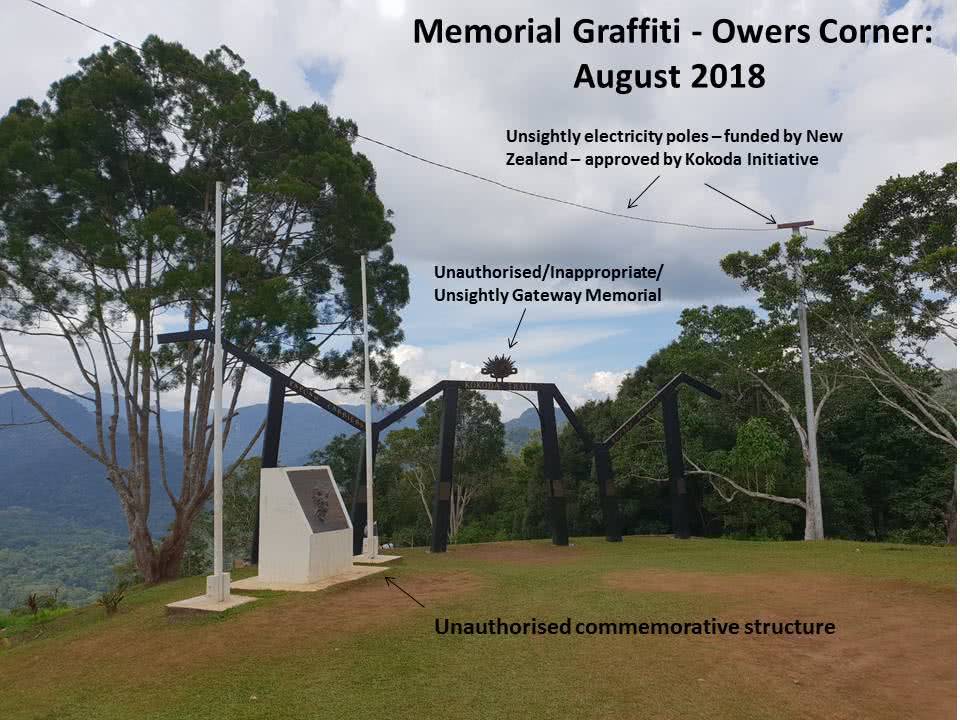 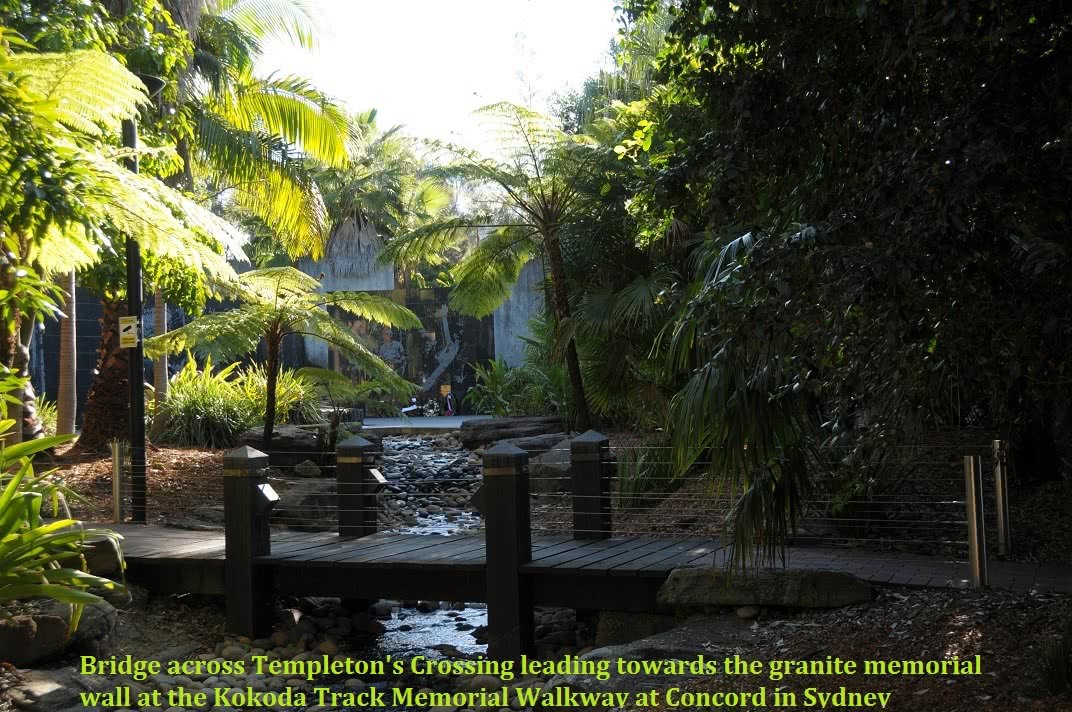 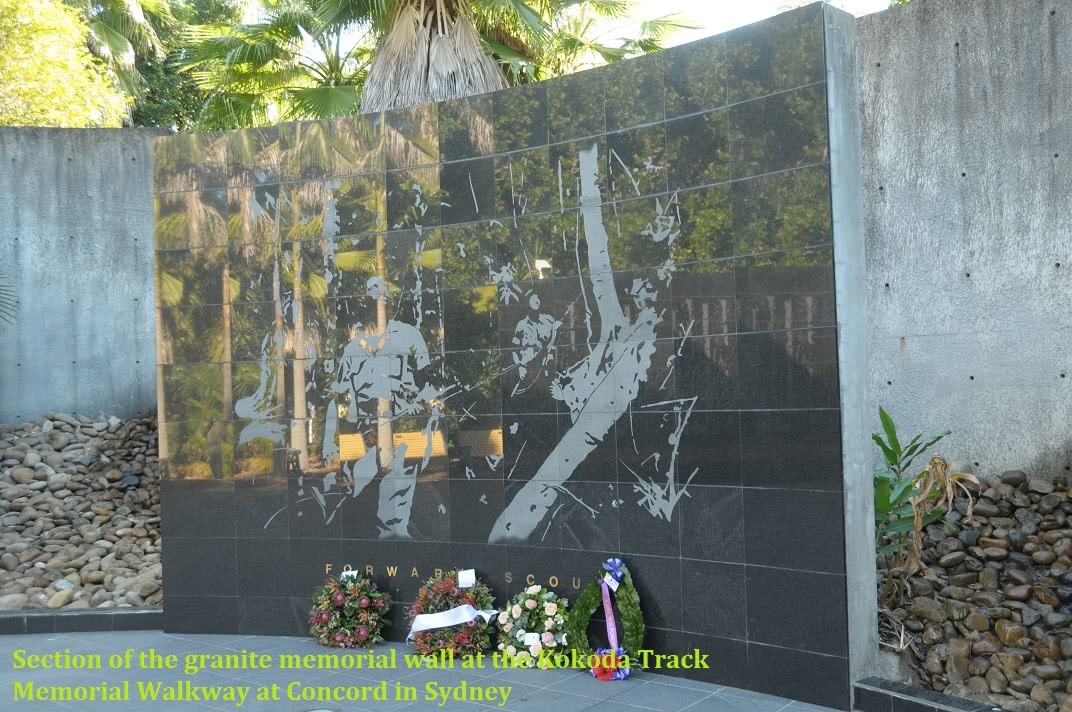 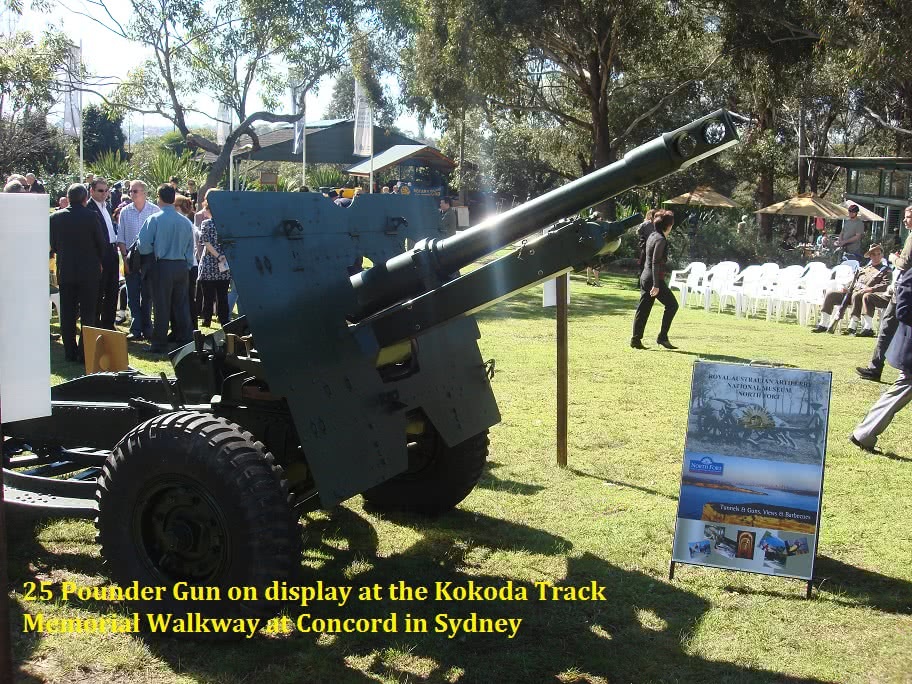 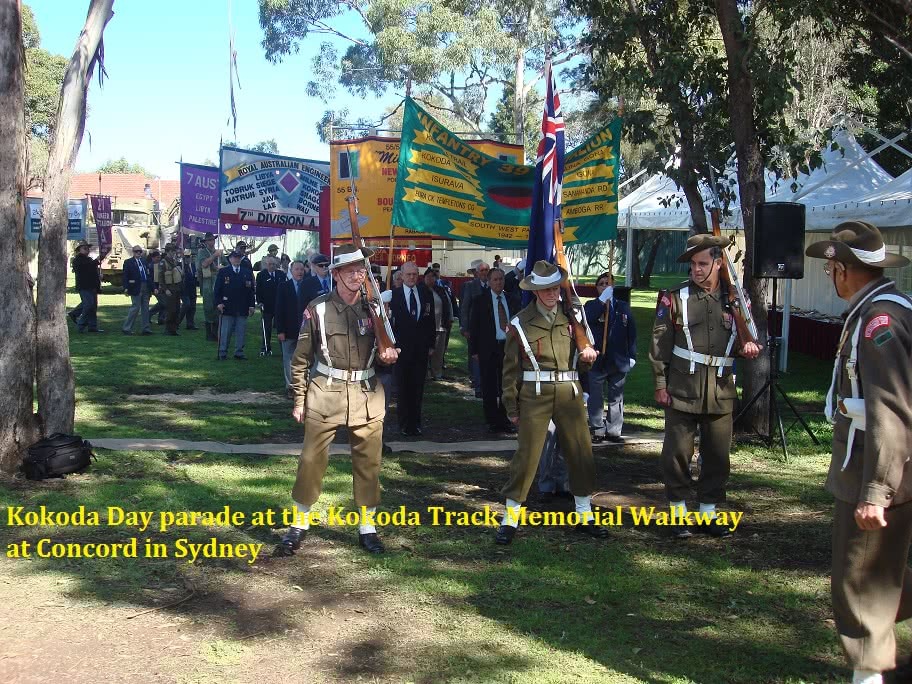 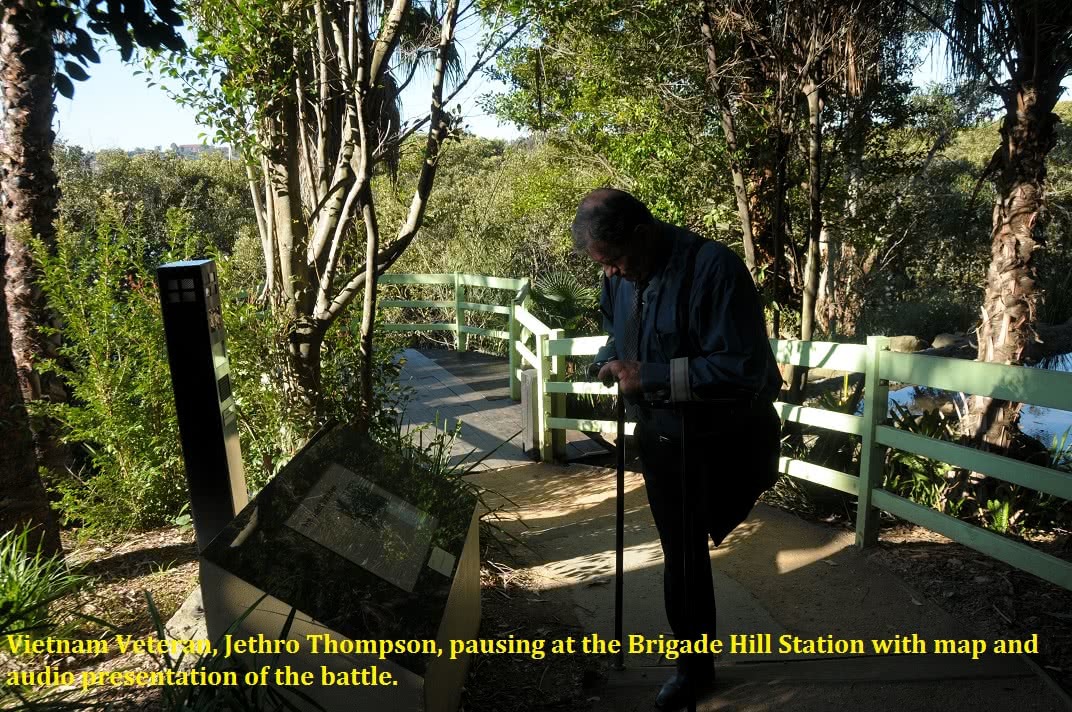 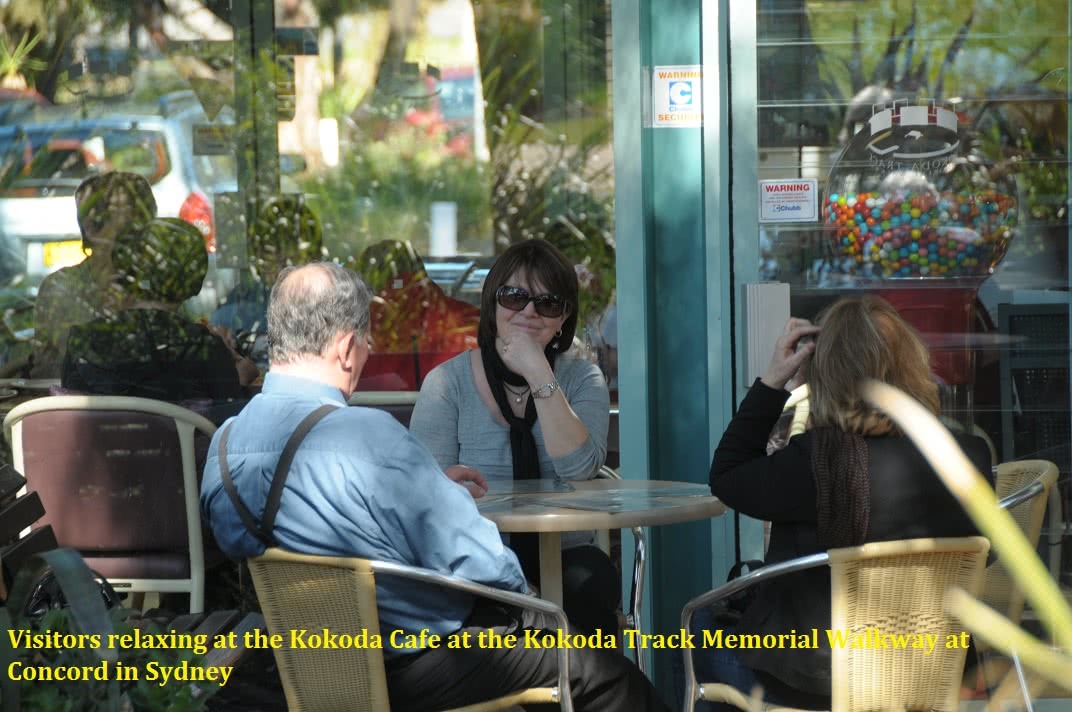 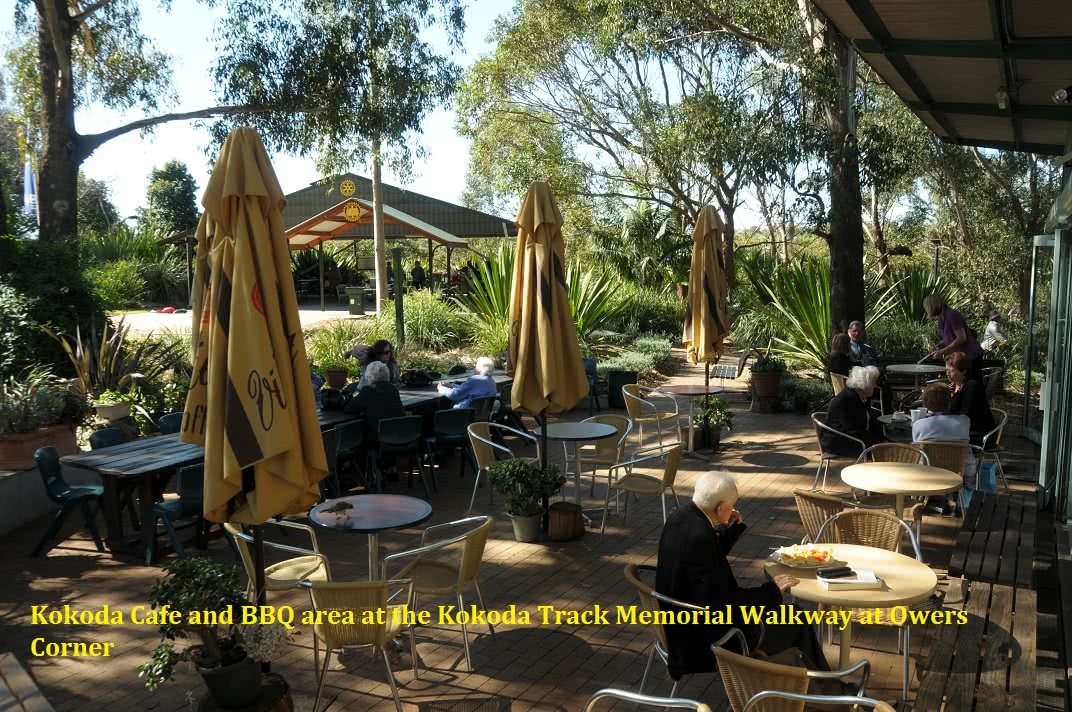 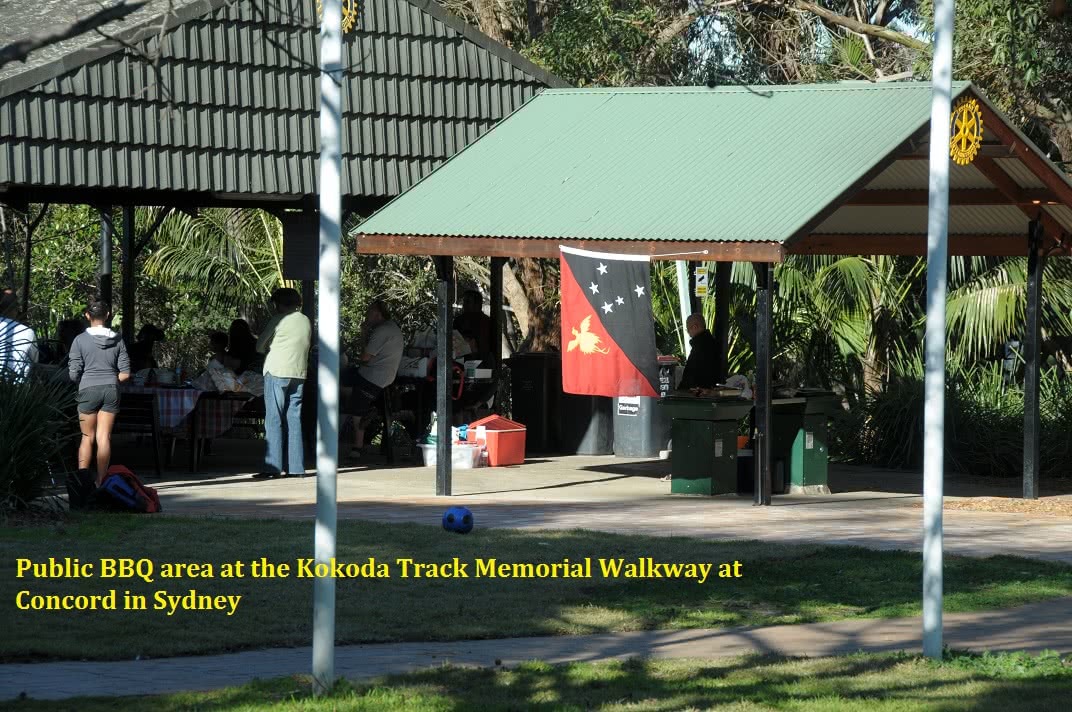