Agriculture – the gateway to community development

Mining and gas developments over the past decade have diverted PNG airlines towards meeting the more lucrative demands of resource industries.  Kokoda Trail villagers have therefore reverted to subsistence crops to meet the needs of their local clans.

Local clan leaders on the Sogeri Plateau have approached the Network Kokoda Field Manager over the past two years to seek assistance in developing similar gardens in their villagers and in getting their produce to markets.  Partnerships were established where Network Kokoda agreed to provide a seed nursery, seedlings, technical advice, transport and cold storage for village agricultural projects.  Local Clan leaders must provide land and labour as part of the agreements. As of 1 February 2016 Network Kokoda have six villages on the Sogeri Plateau now under production.

In 2014 Network Kokoda secured a lease from the Ba hai Faith on a hectare of land at Sogeri for community training centre. Since then we have cleared, ploughed and planted crops for local markets.  We have converted the house into a self-contained classroom with facilities for conferences and the conduct of classes in agriculture, cooking and sewing. The building also contains two self-contained flats for our Field Manager and a General Manager when we have raised sufficient funds.  We plan to engage a General Manager to replicate our programs in the Kokoda area and to develop funding proposals from international agencies in PNG.

We have recently added a vegetable sorting and dry storage area and a coolroom and freezer.  This now allows us to receive and store produce from our village projects and distribute them to supermarkets in Port Moresby on two designated days per week.  We are currently unable to meet all of the demands of the local supermarkets.

We recently purchased a motor cycle for our Field Manager to visit our village agricultural projects on a weekly basis to provide technical advice.  We will need to invest in a utility for him in the near future.

Our Field Manager will also commence community agricultural lessons in our classroom when the facility is completed in April.

We are encouraged by the progress we have made in using the expertise of our Field Manager to communicate with villagers and assist them to improve their economic opportunities.

We are planning for the facility to be officially opened in early 2016 and will be used for practical programs in agriculture as well as skill development programs relating to marketing, cooking, sewing and personal/community leadership.

We have recently installed a cool-room and freezer at our Sogeri Training Centre together with an area or receive, clean and store fresh produce from local farmers.  We provide two deliveries per week to supermarkets in Port Moresby and are currently having difficulty keeping up with demand because of the prolonged drought in PNG.\

The following pics show the progress of our building works our Network Kokoda Centre. 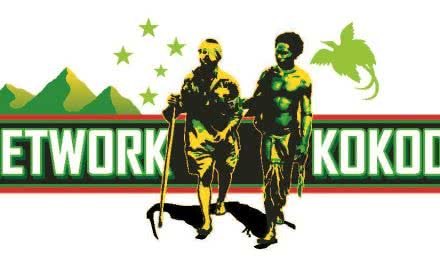