Over the past month I have been privileged to spend time on Kokoda with two great Australian’s – Dick Smith and Dr Charlie Teo – one in a helicopter and one on foot.

After arriving back from my helicopter safari with Dick Smith I received my copy of ‘Lion’ where he was featured donating a $1 million cheque to Lions Australia –http://lionsclubs.org.au/dick-smith-donates-1-million-to-lions-australia

Dick was Australian of the Year in 1986 and is one of our most generous philanthropists. He is certainly fit enough to do Kokoda without his helicopter and hopefully our safari might also turn out to be a ‘reconnaissance’ for the real thing!A week after our trek with

Dr Charlie Teo he was featured on Channel 7 for his work in trying to save orangutans from extinction in the jungles of Borneo – http://au.news.yahoo.com/sunday-night/features/article/-/18129693/charlies-angels

Charlie is a remarkable man. He sets aside three months each year to provide pro-bono neurosurgery in Third World nations, heads up his ‘Cure for Life Foundation’ which aims to find a cure for brain cancer within 10 years. He was recently invited to address the US Congress to encourage President Obama to include brain cancer in the US $100 million project to map the human brain. He became the first non-politician in Australia to be accorded this honour.

Charlie was first invited to trek Kokoda in 2007 with a former patient, former RAAF pilot, Barry Kelly, an airline captain with Cathay Pacific who was diagnosed with a brain tumour in 2001. Neurosurgeons in Australia and Britain advised against surgery because of the risk of damage. Then Kelly’s wife saw Charlie Teo on television and after two operations her husband now has only minor visual and memory deficits.

‘A few years ago, Barry Kelly, another Australian icon, one of the first RAAF fighter pilots ever to be invited to train at the Top Gun academy, was diagnosed with an inoperable brain tumour.

‘Facing deadly forays was part of his daily routine but, with 3 beautiful young children and an unknown enemy, he was about to face his deadliest encounter.‘

Supported by his wife Jill, he rejected the grim prognosis given to him by his doctors and asked if I could remove the tumour.

‘Courageously, he chose the path less trod, had the tumour removed and is alive and tumour free today.

‘In true Aussie spirit, not one to take and not give back, he has made the largest personal donation to the Cure for Life Foundation and continues to support brain cancer research passionately.

‘But I am most indebted to Barry for asking me to join him in walking the Kokoda track.

Initially I saw it as an exercise in male-bonding and a physical challenge. But having walked the track with Charlie Lynn who explains the military history and significance of the track, I honestly believe it is a necessary part of being Australian.

‘Kokoda serves as a cogent reminder of our responsibility to fellow Australians and fellow human beings.

‘Our forefathers sacrificed their lives for our current way of life. Young boys lied about their age to fight for this country.

‘The track is full of stories that illustrate the sacrifice, courage, endurance and mateship that contributed to the success of the campaign and the freedoms that we enjoy today.’

An Age newspaper article titled ‘Anatomy of a Surgeon’ by Susan Wyndham provides an interesting snapshot of Charlie’s greatness.  She wrote:

‘He’s a hero to his patients and celebrated abroad for his groundbreaking techniques, but in Australia Dr Charlie Teo is regarded with suspicion – even hostility – by many of his peers. Susan Wyndham talks to the larger-than-life brain surgeon who pushes his profession to the limit.

‘Like most of our interviews, this one is happening on the move. Charlie Teo holds the tape recorder while I drive him to the airport, where we talk until boarding time. Wearing an Amnesty International T-shirt, he is headed for a medical conference in Florida. When I leave him, he is about to transfer toothpaste from a large container into a smaller one to meet the new anti-terrorism regulations.

“Charlie,” I plead, “save yourself the trouble. Buy a small tube of toothpaste. I’ll buy you one. ”Why give himself such an unnecessary, fiddly task? “I like a challenge,” he says, smiling as if he’s never had so much fun.

‘That moment is a perfect snapshot of Australia’s most famous neurosurgeon. Dr Charles Teo is passionate, perfectionist, dextrous and determinedly unconventional. He removes impossible brain tumours, operates with aggression and delicacy, and gives hope even to the desperately ill. His patients with malignant glioma, one of the worst kinds of tumour, have a mean survival time of 18 months after diagnosis, compared with 11 months worldwide. Not a whole lot more, but who wouldn’t take an extra seven months?’

You can read Susan’s article in full at http://www.pincers.com.au/pincers-articles/2007/5/19/anatomy-of-a-surgeon

Dr Charlie shared his recent trekking experience with two of his angelic teenage daughters, Katie and Sophie – they obviously enjoyed having their Dad all to themselves for 10 whole days.

At the end of the trek we put our ‘Network Kokoda’ hats on – see www.networkkokoda.org – and arranged for Charlie to meet with the Chairman of the Port Moresby Hospital, Sir Theodopolis Constantinopolis, the CEO Mr Grant Muddle, the only two neurosurgeons in PNG and a couple of other distinguished people.  Charlie has kindly offered to include PNG in his pro-bono schedule and perform operations in Port Moresby.  He has also offered to assist in the further development of a young PNG graduate in neurosurgery.  It’s a great feeling to know that some Papua New Guineans will live because Dr Charlie Teo trekked with us – it certainly makes us all feel very proud to be Australian. 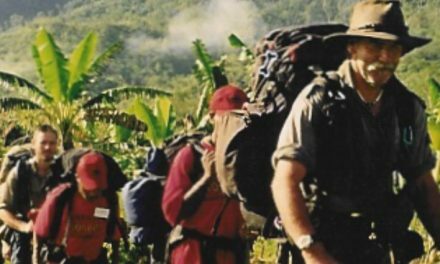 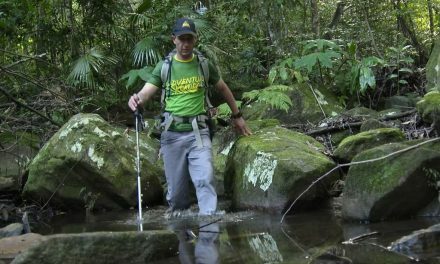 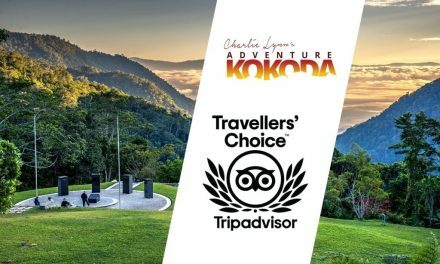