END_OF_DOCUMENT_TOKEN_TO_BE_REPLACED

In the world of commerce a 46 percent drop in profit would lead to serious analysis of cause and effect. Volatile AGMs would see Directors seeking to reassure shareholders of strategies to arrest the decline.

This is in stark contrast to Government which is unaccountable for results because of the craft of its practitioners and the complexity of its bureaucratic machinery.

Since Australian Environment officials assumed control of the Kokoda trekking industry in 2009 trekker numbers have declined by almost 50 percent from 5621 in 2008 to 3033 in 2018 – despite an injection of more than $50 million of Aid funding.

The official response to the decline inevitably refers to an aircraft crash in 2009 and a couple of deaths around the same period. The reality today is that whenever the scene of the crash-site is pointed out to trekkers the usual response is ‘what crash?’

Prior to the discovery of the $3billion Kodu gold and copper deposit on the southern slopes of the Kokoda Trail near Mt Bini there was no interest in the area or its people from either the PNG or Australian Governments.  The appearance of bulldozers from Frontier Resources in 2006 changed that. END_OF_DOCUMENT_TOKEN_TO_BE_REPLACED

Hidden away in this newsletter, written by the Australian CEO assigned to the Kokoda Track Authority by the Department of Environment in Canberra, is the following innocuous paragraph:

Following are the Australian Parks and Wildlife Services specifications for Class 4 walking tracks and our response to each one.

Overview:
Opportunity for visitors with advanced outdoor knowledge to find their own way along often indistinct tracks in remote areas. Users can expect frequent opportunities for solitude with few encounters with others.
Response: This opportunity exists for eco- trekkers to use the Kapa Kapa track across the Owen Stanley Ranges to the east of the Kokoda Trail. Kokoda is not about ‘solitude’ and ‘few encounters’. It is a military historical pilgrimage that should not be restricted to elite bushwalking purists. END_OF_DOCUMENT_TOKEN_TO_BE_REPLACED

‘However it seems that DFAT has sought to outsmart Prime Minister Peter O’Neill by appointing a former employee of the Australian Department of Environment as their preferred consultant. A clever ‘Yes Minister’ ploy to transfer responsibility for the managerial bucket-of-shit they created to the PNG Government.’ 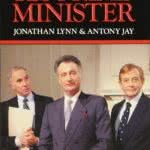 The Review of the Kokoda Track Authority (KTA) ordered by PNG Prime Minister, Peter O’Neill, is a disappointing academic desk-top study which recommends more of the same under a different name.

Prime Minister O’Neill ordered the review after the collapse of the management system put in place by the Australian Government in 2009.

Despite spending more than $60 million since then Kokoda trekker numbers have declined by 43 per cent; there is not a single management protocol in place; not one of the five key strategies or 33 objectives established by Australian managers for the period 2012-2015 was achieved; and there is still no master plan to protect and interpret our shared wartime history of the Kokoda campaign.

Australian officials were able to cover their taxpayer funded follies for a number of years but they now seem to have run out of academic subjects for consultants to address in regard to climate change, social mapping, capacity building, gender equity, mentoring and a plethora of other Third World causes along the Kokoda Trail.

The only subject they have failed to address is the identification, protection and interpretation of our shared wartime heritage. It would be easy to conclude that the current crop of Australian’s responsible for Kokoda are ideologically opposed to it.

The situation along the trail is now dire. Local villagers we were supposed to help are now mere spectators to a passing parade of trekkers. Once proud women who used to greet trekkers with huge smiles, dishes of cooked vegetables and tropical fruits now sit despondently in village dust trying to sell twisties and coke. The once pristine nature of the trail continues to be degraded by erosion. Battlesites sacred to our shared military heritage have been desecrated.

Back in Port Moresby the management structure put in place by the Department of Environment has been corrupted. No financial reports or newsletters have been published for at least five years. The Ranger system has collapsed; unlicensed trek operators are able to act without fear of detection; local guides and carriers are overloaded, underpaid and ill-equipped by unscrupulous Australian trek operators. Campsite owners are short changed and local villagers have lost all interest in the industry.

The KTA Review was supposed to address these issues and make recommendations to fix it all. END_OF_DOCUMENT_TOKEN_TO_BE_REPLACED

PNG rubs Australia’s nose in it.

While Australia’s Westminster system introduced civilised law and justice concepts to Papua New Guinea in colonial times it has not eradicated the spirit of ‘payback’ enshrined in their cultures over centuries.  Payback within family, clan and village groups remains a binding custom in PNG society to this day.

The spirit of payback, like many other cultural traditions in PNG is not understood by most Australians.  The relationship between our two countries has drifted over the years since independence.  Up till that time young Australian patrol officers (kiaps) lived and worked throughout the country as administrators, explorers, teachers, health workers and policemen. Many married local women, raised families and took out citizenship after independence.

Australia built a School of Pacific Administration to train PNG citizens in public service administration.  Bright young students were identified for educational scholarships in Australia.  Others were trained in our military academies and served side-by-side with Australian soldiers in the Pacific Islands Regiment. Some returned with Australian wives to raise families in PNG. END_OF_DOCUMENT_TOKEN_TO_BE_REPLACED