Beyond Endurance: The Westfield Sydney-Melbourne Ultra-Marathon – a tale of legends!

The Westfield Sydney to Melbourne Ultra-Marathon was made famous by a most unlikely hero in 1983.

A 63-year old potato farmer, Cliff Young – who trained in gumboots – shuffled his way down the Hume Highway to blitz the field and win the inaugural event.

I was asked to manage the race the following year and we were able to develop it into the Worlds richest, longest and toughest ultra-marathon which soon attracted an international field – including a Greek running sensation, Yiannis Kouros.

This is the story of the one of the most dramatic races with two legends in 1987.

END_OF_DOCUMENT_TOKEN_TO_BE_REPLACED

Described as the by-product of throwing Chuck Norris and Indiana Jones into a blender, this former Australian Army Major has been trekking across the infamous Kokoda trail for more than 28 years.

One of the most difficult things I’ve attempted in my life has to be trekking across the Kokoda Trail. Over 140 kilometres in length, and climbing up over 6,750 metres. It took nine days to hike from Owers’ Corner in the south of Papua New Guinea through the most humid jungles, across torrential rivers and over never-ending mountains that made me seriously question why the hell I was doing it. And finally, after being stretched to physical and mental limits, the trail winds down to the small village of Kokoda on the Northern plateau of the island where those who complete it can celebrate an incredible accomplishment.

END_OF_DOCUMENT_TOKEN_TO_BE_REPLACED

The Hon. CHARLIE LYNN [4.32 p.m.]: The acknowledgment of traditional owners of the land seems to have been introduced around the time of the republican and reconciliation debates during the Keating Labor Government era. Left-wing academics, inner-city urban dwellers and doctors’ wives were among the comfortable middle-class voices calling for changes to our flag and our system of parliamentary democracy. They also wanted us to say sorry for historical wrongs over which we had no influence. As it turned out, the only thing that changed was the Government.

I would hope that these ideological warriors of the Left will come to understand that the wider Australian community will accept such changes to our systems, symbols and institutions only when they are treated as equals in the debate, not as a group of uneducated westies or rednecks. My view is that concentrating on so-called progressive issues for our indigenous people has done them more harm than good. The “feelgood” factor for the chattering classes in comfortable inner-city environments does not translate into worthwhile sustainable benefits for indigenous people in remote and isolated areas. It has taken the emergence of indigenous leaders such as Noel Pearson and Warren Mundine to get some balance back into the debate and to earn the respect of the wider community in the process.

END_OF_DOCUMENT_TOKEN_TO_BE_REPLACED

Much to Repent over the Kokoda Trail

While the arrival of half-a-dozen Australian Government Ministers in PNG during their annual ‘Repentance Day’ holiday is coincidental it does provide a timely opportunity to offer some repentance of our own for the past few decades of paternalism in our relationship with our closest neighbour, former territory, fellow Commonwealth Member and wartime ally.

The delegation is obviously an outcome of the recent visit to Australia by Prime Minister James Marape who was accorded VIP treatment by our PM, Scott Morrison. Indeed it was the highest profile visit by any PNG Prime Minister for at least three decades and there is no doubt the two leaders have developed a close friendship.

I would hope the Ministerial delegation will include a visit to Bomana War Cemetery to allow them to pay their respects to the thousands of young Australian and Papuan soldiers who gave their lives in defence of the freedom we enjoy in both countries today.

One cannot visit Bomana without feeling an intense sense of pride in the work the Office of Australian War Graves do in maintaining such a sacred site. It was therefore disappointing to see our Minister for Veterans Affairs was not part of the delegation in view of the fact that PNG is the custodian of land sacred to our shared wartime heritage.

Bomana is not only a sanctuary for reflection on past sacrifice it is also a gateway for relationship building as increasing numbers of Australians are seeking pilgrimages to battlefields in Kokoda, Buna, Gona, the Black Cat Track, Shaggy Ridge, Milne Bay, Lae and Rabaul. Over the past decade more than 50,000 Australians have trekked across the Kokoda Trail which has generated more than $150 million for tourism income.

Unfortunately the mood of the delegation will change if they are venture beyond Bomana.

END_OF_DOCUMENT_TOKEN_TO_BE_REPLACED

Channel 9 Getaway host, David Reyne teams up with Major Charlie Lynn of Adventure Kokoda for a pilgrimage across the Kokoda Trail – the program can be viewed from the following links:

END_OF_DOCUMENT_TOKEN_TO_BE_REPLACED 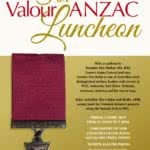 I’ve have been involved with Papua New Guinea for the past 28 years and I believe I’m just starting to learn about the place. If you listen to the negatives about the place you probably wouldn’t ever want to go there – but after you’ve been a couple of times it’s hard to stay away.

Melanesia is a Greek term for ‘Black Islands’. It comprises West Papua with 4 million people; Papua New Guinea with 8½ million; the Solomon Islands with ¾ of a million and Fiji with 1 million – a total of 14 million who live on almost 1000 islands speaking 1000 of the World’s 6000 languages and as close as 5 kilometres from our shoreline.

It’s a land immensely rich in natural resources but at the bottom of almost every international index in regard to human wellbeing.

According to one writer it’s a place where paradox prevails:

‘Where arse grass and penis gourds mix with Hugo Boss suits and rolex watches. Where some men mine the hearts of volcanos looking for gold while others worship the spirits of ancestral crocodiles. END_OF_DOCUMENT_TOKEN_TO_BE_REPLACED