“In recent years the academics have discovered New Guinea. Grave, plump, portentous, they swarm north in their hundreds each winter, generally finishing somewhere near Goroka in the Eastern Highlands where at times they become so numerous that every bush and stone seems to conceal a lurking bureaucrat or anthropologist.  After a few weeks or a few months they return home to prepare brisk solutions for all the problems which beset the land.  Too often they see New Guinea coldly as an exercise in nation-building to be carried out as quickly as possible, with one eye on the taxpayer at home and the other on some ranting demagogue in the United Nations”.
Keith Wiley. Assignment New Guinea. 1965

We met 28 years ago when you welcomed me into your villages on my first trek with Alex Rama in 1991. At the time you told me that few people trekked across the trail – probably less than 100 each year – and you only made a few kina selling your vegetables at markets.

The following year Paul Keating put Kokoda on the map when he became the first Australian Prime Minister to visit the plateau since the war. He was moved by the experience and his words resonated throughout Australia.

The first 20 trekkers I led across the trail to honour the 50th anniversary of the Kokoda campaign in 1992 were also moved by the significance of the occasion; the traditional welcomes you provided; and the support of your guides and carriers.

END_OF_DOCUMENT_TOKEN_TO_BE_REPLACED

Our ‘Kokoda Leadership Plus 4 Schools Program‘ is based on the historical adversity of the Kokoda campaign. It’s not about victory or defeat – it’s about the ability of the human spirit to conquer adversity. It’s about understanding that their legacy is our liberty. It’s about the development of personal leadership.

‘If you want to discover new horizons you must be prepared to lose sight of land’. The Dalai Lama

Our Leadership Plus 4 Schools program does just that as students embark on a journey to the ‘land of the unexpected‘ – ‘a land with a thousand cultures’ represented by a ‘Parliament of a Thousand Tribes‘.

Papua New Guinea is also our closest neighbour; our former mandated territory; our wartime ally; and our fellow Commonwealth of Nations member.

Students will be supported by, work with and learn about two of the 850 cultural groups that comprise the island nation – the Koiari and the Orokaiva.

They will be led by experienced army veterans who have a combined total of 160 years professional military experience in combat zones from Vietnam, Iraq, Syria and Afghanistan as well as peacekeeping duties around the globe. Their leadership text-book is based on their own personal experiences – and they know how to handle emergencies in remote areas.

END_OF_DOCUMENT_TOKEN_TO_BE_REPLACED

TripAdvisor has judged Adventure Kokoda to be the best trekking company on the Kokoda Trail in 2019 – for the 5th consecutive year.

The 560 trekkers we have led across the trail this year has generated the following benefits for PNG:

This equates to a total benefit of K5.35 million for PNG from Adventure Kokoda this year![i]. In 1991, when Charlie Lynn first trekked across the Kokoda Trail the combined income of all the subsistence villages was estimated to be around K60,000 – we have come a long way together.

In addition to this Network Kokoda, a Not-For-Profit company established by Adventure Kokoda, has:

Major Charlie Lynn’s work in establishing the Kokoda trekking industry was recognised in 2015 when he was honoured with his induction as an Officer of the Logohu by the PNG Government in their New Years’ Honours List ‘for service to the bilateral relations between Papua New Guinea and Australia and especially in the development of the Kokoda Trail and its honoured place in the history of both nations’ over the past 25 years.

END_OF_DOCUMENT_TOKEN_TO_BE_REPLACED

Adventure Kokoda Good2Give $10,000 to villagers along the trail 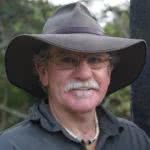 Adventure Kokoda is proud to announce a $10,000 (K25,000) donation to Network Kokoda to support our ongoing philanthropic work along the Kokoda Trail. This donation has been made possible through the support of those great Australians who chose to trek with us in 2018 – tenk yu tru olgeta!

We have also been advised that Network Kokoda has been approved as an authorised charity by Good2Give  – this means that if you work for any of the companies listed below you can make a small tax-deductable donation from your pay and the company will forward it directly to Network Kokoda – to sign in all you have to do is click here.

You might also like to contact the manager in charge of their workplace charities to see if they will seek donations from their employees as many will have a link to PNG or veterans who fought in the War in the Pacific.

If you don’t belong to one of the listed companies you can click on the Donate button on our Network Kokoda website.

We have also been successful in obtaining approval from the Colombo Plan to fund 25 academics and students from the University of Western Sydney to be deployed to Iaowari High School for two week periods over the next three years.

Over the past 12 months we have evacuated three village families from across the trail for urgent medical treatment at the Pacific International Hospital.

We still have much to do but we need some regular donations to allow us to meet the demands for help from villagers along the trail. If all of our past trekkers were to donate the equivalent cost of a cup of coffee each day we would be able to meet most of these demands.

‘Can you spare us a cuppa Dig?’