END OF AN ERA OF KOKODA MISMANAGEMENT

Not a single management protocol was put in place by the Australian CEO during his three year tenure. There was no database; no campsite booking system; no trek itinerary management system; no campsite development program; no trail maintenance plan; no effective ranger system; or any development programs to assist local villagers in value-adding to the emerging industry.

The recent departure of the PNG CEO from the Kokoda Track Authority (KTA) brings an end to a sorry saga of Australian mismanagement along the Kokoda Trail.

Prior to the arrival of Australian officials in 2008 the emerging Kokoda trekking industry was managed by Warren Bartlett, a former Kiap on a PNG salary of $12,500. During his tenure trekker numbers grew from 365 in 2002 to 5621 in 2008 – a massive increase of 1,440%. Bartlett had no staff but was assisted by a part-time local secretary.

Under a ‘Joint’ Understanding signed by the Australian and PNG Governments in 2008 Bartlett was replaced by an Australian CEO on an eye-watering six-figure salary by the Department of Environment, Water, Heritage and the Arts (DEWHA).  He was provided with a 10-fold increase in staff numbers and a multi-million dollar budget.

The Department of Veterans Affairs (DVA), which has responsibility for our WW1 heritage at Gallipoli and the Western Front in Europe, was not included in the ‘Joint’ Understanding apart from the allocation of $1 million for unspecified purposes. There is no evidence of any of this money being allocated to the development of a Master Plan to protect and interpret our military heritage along the trail.

After a decade insitu by DEWHA the results speak for themselves. Despite a conga-line of Australian environmental consultants and more than $60 million of taxpayers funds trekker numbers declined by 36% from 5621 in 2008 to 3597 in 2012.

None of the 5 key strategies or 33 objectives of DEWHA’s ‘KTA Strategic Plan 2012-2015’ were achieved despite numerous capacity building conferences, forums, workshops, gender equity studies and social mapping initiatives conducted in Canberra, Brisbane, Sydney and Port Moresby. It was instructive that not a single workshop was conducted in a village along the Kokoda Trail as part of the process of developing the plan. It’s as if local villagers were not deemed to be smart enough to understand what they needed.

The $1.3 million ‘Village Livelihoods Program’ conceived in Canberra without any consultation with the PNG Minister for Community Development, Dame Carol Kidu failed to generate an extra dollar in income for local village communities.

Their ‘KTA Strategic Plan: 2012-2015’ did not provide for the development of a Master Plan to protect and interpret our shared wartime heritage along the Kokoda Trail. It’s as if DEWHA, and now DFAT, are ideologically opposed to commemoration.

In 2012 the Australian CEO left without putting a single management protocol in place for the ‘PNG Designate CEO’ he selected. For reasons known only to him his designate did not have any prior business experience or qualifications and did not receive any management training during his tenure. It’s as if he was set up to fail.

As it transpired the ‘PNG Designate CEO’ inherited an impossible management structure without any legislative support. He was responsible to three Ministers (Provincial and Local Level Government, Environment and Conservation and Tourism). He had to deal with complex demands from a myriad of landowners, villagers and up to 80 trek operators with competing interests.

Not a single management protocol was put in place by the Australian CEO during his three year tenure. There was no database; no campsite booking system; no trek itinerary management system; no campsite development program; no trail maintenance plan; no effective ranger system; or any development programs to assist local villagers in value-adding to the emerging industry.

Of more concern is the fact that he never trekked across the trail until the end of his tenure. The needs of local villagers and the protection of our shared military heritage were an abstract concept to him.

After his departure the situation deteriorated to such an extent that PNG Prime Minister Peter O’Neill called for a review of the dysfunctional mess the ‘PNG Designate CEO’ and his team inherited. Unfortunately Prime Minister O’Neill was deftly ‘left-footed’ by Australian officials intent on maintaining their status-quo. DFAT agreed to fund the review and Terms of Reference were carefully drafted to shape the outcome.

It was no surprise to Kokoda watchers that a former DEWHA employee assigned to the KTA, who had since established his own environmental consultancy – got the job, and it was no surprise that his review recommended more of the same with a possible name change.

As a result the management of the Kokoda Track Authority has been placed in limbo. Local villagers continue to be denied their rightful share of benefits from the trekking industry; guides and carriers continue to be overloaded, underpaid and ill-equipped; and trekker numbers continue to decline.

If Kokoda is to have a future that honours and interprets our wartime heritage and delivers shared benefits to landowners and local communities along the trail the review must be rejected.

In the meantime an administrator should be appointed for a 2-3 year period while tenders for a legitimate review are sought from senior PNG based accounting firms to examine alternative management models and make appropriate recommendations for a structure that meets the needs of paying customers i.e. trekkers as well as local village communities and honours our shared wartime heritage.

Until then PNG should place an immediate ban on ‘fly in – fly out’ Australian consultants. 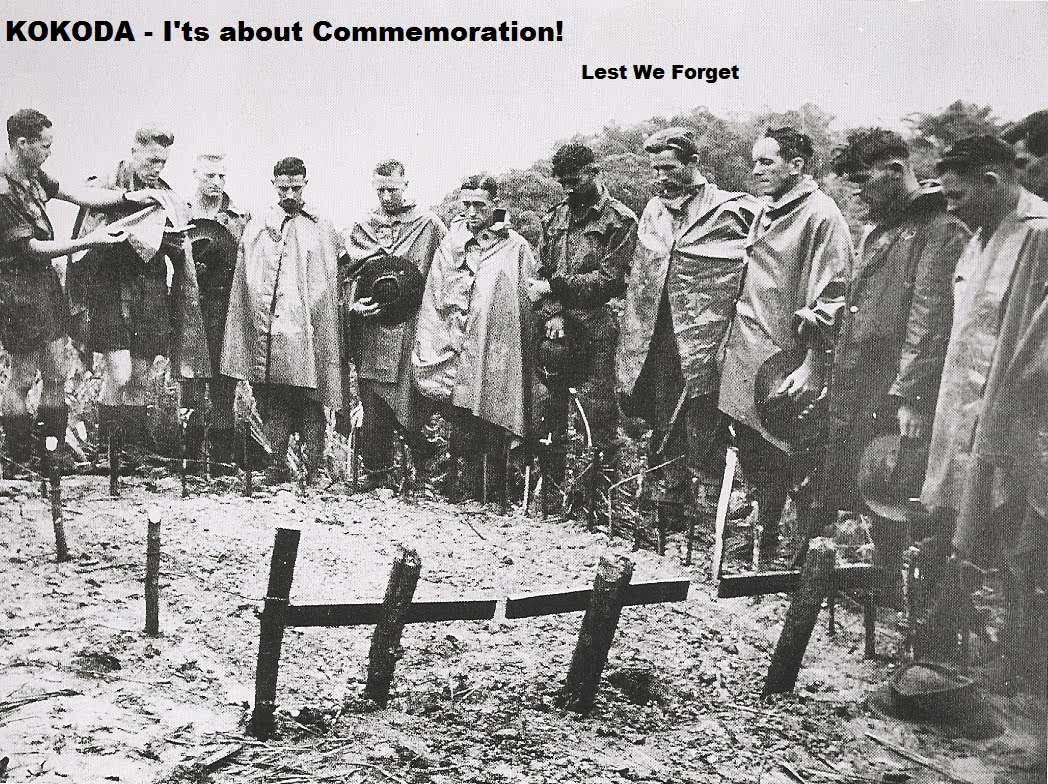