The Australian light cruiser HMAS Sydney and her gallant crew were lost shortly after sunset on 19 November 1942 off the Western Australian coast.  The ultimate fate of HMAS Sydney remained a mystery until 2008. Today we know that the shattered hull of HMAS Sydney lies on the bed of the Indian Ocean 1n 2500 metres of water, 240 off Shark Bay.

Nine months before the ship and her crew met their fate they marched past this very cenotaph. They had just returned from distinguished service in the Mediterranean in which she had inflicted disproportionate loss on enemy navies.

One of those who marched through Sydney on his return from the Mediterranean was Stoker James Stuart of Redfern.  He had acquired a bosun’s call from HMAS Sydney and left the instrument with his family. He never returned to collect his souvenir and today it is in the collection of the Hornsby RSL.

HMAS Sydney had been launched in 1934, one of three light cruisers ordered by the Australian government as part of an expansion of the Royal Australian Navy. The others were HMAS Perth (sunk in Sunda Strait in 1942) and HMAS Hobart (badly damaged but survived the war) and the heavy cruiser HMAS Canberra (sunk near Sabo Island at Guadalcanal).

HMAS Sydney was built at the Tyneside dockyards at Swan, Hunter and Wigham Richardson Ltd near Newcastle in the United Kingdom.  She was launched by the wife of the former Australian Prime Minister and decorated First World War veteran, Stanley Melbourne Bruce MC.

HMAS Sydney and her sisters were tough and fast.  They had main armament of 8 X 6 inch guns in four turrets, two forward and two aft and 8 X 21 inch torpedo tubes.  The ships displaced 6,830 imperial tons.  At full speed they could manage 32½ knots.

HMAS Sydney had a complement of 645 men including 5 RAAF personnel to fly and maintain a Walrus flying boat.

HMAS Sydney was the darling of the Allied war in the Mediterranean in 1940.  She sank several Italian vessels to the bottom including the cruiser Bartolomeo Colleoni.  In the same naval battle, off Cape Spada, Crete, on 19 July 1940. HMAS Sydney also damaged her sister-ship the Giovanni Della Banda Nere.

The sinking of the Bartolomeo Colleoni was celebrated with much enthusiasm. Captain John Collins, the ship’s skipper, insisted that a group photograph of the entire crew be taken and back in Sydney, the city after which the vessel was named, Amor, and the family mint, created a medallion to mark the occasion.  Every member of the crew received one of those medallions.

HMAS Sydney left the Mediterranean in January 1941.  When the ship returned to Australian waters she was greeted by cheering crowds.  Collins and his crew marched through the streets of this city and the numbers of spectators were swollen by school children who were give the day off so that they could attend the parade.

In May 1941 Collins handed command of the vessel to 41 year old Captain Joseph Burnett.

Through the middle of 1941 HMAS Sydney’s task was to escort convoys of Australian troops of the 8th Division across the Indian Ocean between Australia and Singapore.  She operated from the port of Fremantle.

ON Armistice Day 1941 HMAS Sydney steamed out of Fremantle to pick up a convoy that had come from the eastern states.

She escorted the convoy to Singapore without incident and was returning to Fremantle when, in the late afternoon of 19 November 1941 Sydney encountered what appeared to be a Dutch freighter.

With the light fading and an unidentified but sizeable ship in a vitally important Australian shipping lane it was essential the Sydney confirm the identity of the foreign vessel.  Instead of standing off and waiting for the mystery ship to respond to the coded messages HMAS Sydney was sending, she closed to within 1600 metres.  Suddenly the freighter dropped its pretence of being a non-combatant and revealed itself as the Nazi auxiliary cruiser HSK Kormoran.

The enemy fired first.  The blows from the German guns were rapid and well aimed.  Within seconds Sydney’s command centre, the bridge, was destroyed.  Flying Officer Ray Barrey, his crew, aircraft and its launching equipment were also torn to pieces.  Sydney’s superstructure and hull was punctured by high explosive or armour piercing shells and her decks were raked with autormatic weapons fire.  Skipper, Captain Joseph Burnett, navigation officer, Leutenant Commander Clive Montgomery and most of the other officers died in the first exchange of gunfire.  Signallers, torpedomen and gun crews from the exposed secondary armament likewise were targeted and killed early in the battle.

HMAS Sydney was set on fire and struck by several torpedoes.  The ship was doomed but at no stage did the crew leave their action stations.  Despite the surprise, with communications down and with most officers dead or dying Sydney’s gun crews fought on through choking smoke as fires consumed their ship.

Inside the remaining operational turrets courage and teamwork survived while Sydney remained afloat and the men, and their guns, inflicted mortal blows on the Kormoran.

As darkness settled over the Indian Ocean the two ships parted, both on fire and taking water.

Both foundered in the darkness.  Sydney, with bow almost torn away by a torpedo explosion, sank quickly with the ships boats firmly lashed to the davits.  Kormoran remained afloat long enough to get most of her crew into lifeboats.  317 German survivors were recovered.

Sydney was lost with all 645 aboard.

The wrecks of both vessels were not discovered until 2008.

Today, on a hill outside Geraldton on the Western Australian coast, there is a monument to the loss of HMAS Sydney.  A bronze mother and child stare out to sea in the direction of the naval battle.  Above them monument includes 645 seabirds, one for the soul of each of the Australian and British sailors and airmen who went down to the sea in the ship.

Research for this speech was provided by Brad Manera, Historian at the Anzac Memorial in Sydney. 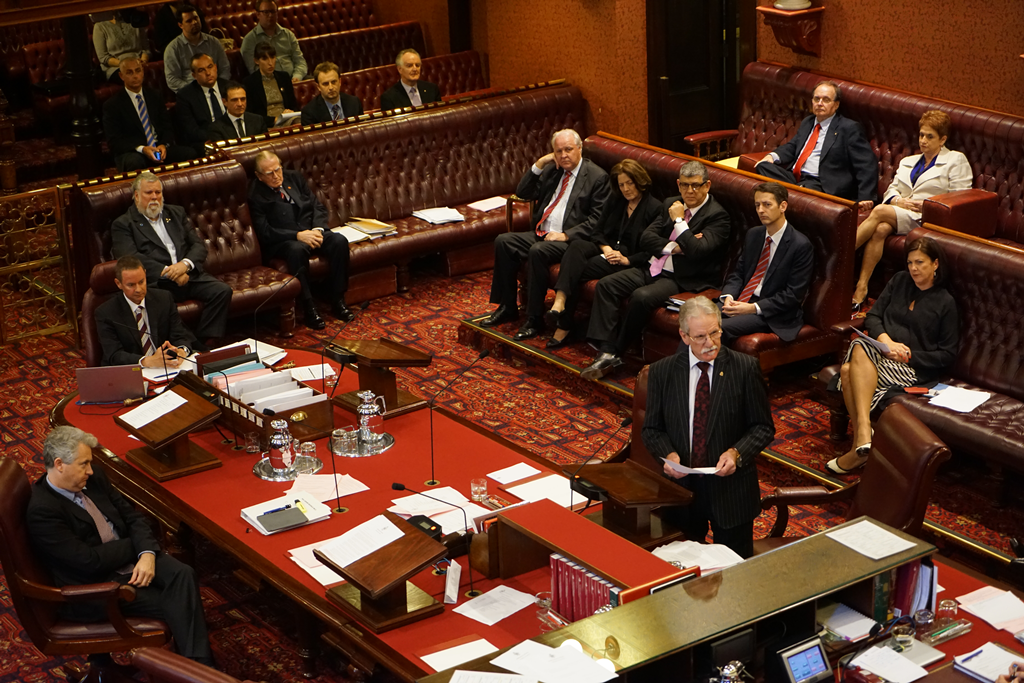