Following is a speech delivered by Charlie Lynn, Parliamentary Secretary for Veterans Affairs, at the Anzac Memorial in Sydney to launch the NSW Schools Commemoration of the 70th anniversary of the raising of the flag at Kokoda on 3 November 1942:

Around 15 years ago I attended a commemorative service for the 8th Division in Martin Place.  The late Sergeant Stan Bryant was guest speaker.

Stan reminded us that 1942 was the most critical time in Australia’s history.

“In eight weeks the overpowering Japanese invasion forces had destroyed the United States Navy in Pearl Harbour and sunk the British battleships in the China Sea.  The Japanese had captured Hong Kong and half of China and forced the British Navy to abandon Singapore.  They had defeated the United States Army in the Philippines and defeated the British Army in Malaya.  They had occupied Indonesia and sunk the Dutch fleet in the Java Sea.

“Australians experienced the terrible fear of imminent invasion.  We faced the loss of our homes and our country.  Many had turned to prayer as a last resort for their safety.

“Only the Eighth Australian Division A.I.F. and two cruisers stood between the Japanese invaders and Australia.

“Australia needed three months to bring her fighting men from the Middle East and organise the assistance of two divisions of United States Marines, to enable us to meet the advancing Japanese.

“They were volunteer soldiers, equipped only with small arms, they manned Australia’s foremost defences – a thinly held line stretching from Malacca in the West to Rabaul in the East.

“With only a rifle and bayonet they faced the heavy artillery, the dive bombers and the large tanks of the invasion armies.  They fought to the finish in Johore and Singapore, in Ambon and Timor and New Britain.

“They fought desperately, with one thought in mind – “That these Japanese must never be allowed to land in Australia.”

“They destroyed all the Japanese tanks, and many of their big guns, they fought hand-to-hand with the Japanese soldiers and destroyed battalions of infantry, and they slowed up the Japanese invasion.

“Many died.  They did not sacrifice their lives or give their lives for our benefit – they sold their lives dearly at great cost to the enemy.  They inflicted so much damage to the Japanese 25th Army that it was unable to continue past Singapore.  This Army had planned to occupy Brisbane and Sydney.

“Those who did not die in battle died later as Prisoners of War and many died from the effects of privations after the war was over.

“And we honour them.  They gave Australia the time to gather together her fighting men and drive away the depleted Japanese invaders when they finally attacked”.

After the fall of Singapore the Japanese bombed our northern cities – Darwin, Broome and Townsville – sank ships of our coastline, penetrated Sydney Harbour with mini-submarines and landed troops in New Guinea. Invasion seemed imminent.

Young and inexperienced soldiers were rushed to Papua and New Guinea to meet the threat and stop the Japanese advance across the jungle clad Owen Stanley Ranges towards Port Moresby.  The battles they fought are now part of our Australian story.  After one battle fewer than 200 gaunt figures from the gallant 39th infantry battalion were left standing. Machine gun fire cascaded through the jungle; grenades and mortars ripped bodies apart; steel bayonets clashed and fists lashed out as men died where they stood rather than yield ground. One of the officers wrote:

“I later found some of my boys lying against enemy positions with unexploded grenades in their hands. They were riddled with wounds but struggled as they died to get to the enemy . . . if ever blokes had earned a decoration . . . one lad was shot twice in the same action . . . flesh wounds . . . ‘Sir’, he said crying, ‘Every time I move some bastard shoots me!’ . . . he was only eighteen!”

Australia’s fate hung in the balance as desperate battles continued along the Kokoda Trail, at Milne Bay and Guadalcanal where 7000 Americans were killed.

Their collective actions led to the turning of the war in the Pacific and this was symbolised by the raising of the Australian flag on the Kokoda plateau on 3rd November 1942.

Former NSW Premier and now Foreign Minister, Senator Bob Carr wrote of the men of Kokoda: ‘they are among the greatest of heroes in a land that rightly canonizes few heroes. And as time slowly steals the survivors from our midst, its hard to resist thinking that Australians in the not too distant future will look back with almost disbelief at the giants who lived in those days.

I therefore encourage schools across NSW to mark the symbolism of the raising of the flag at Kokoda with a commemorative activity on the 3rd November each year.  I encourage them to draw on the resources produced by the Commonwealth Department of Veterans’ Affairs to commemorate Kokoda and Remembrance Day in 2012.

I commend the classroom resource, Kokoda: Exploring the Second World War Campaign in Papua New Guinea, produced by the Department of Veterans Affairs and recently distributed to all secondary schools in Australian.  We have hard copies available for inspection here today.  The resource kit includes:

The Department also has a wealth of information on its website about how schools and communities can organise commemorative events.

I leave you with the words of the late Sergeant Stan Bryant :

“I say to all you people were today.  To you who are responsible for governing this country, to all you who hold positions of leadership in the community, to all Australians.  It is from the men we honour today that you inherited this land.

“These were the men who helped build this nation.  They were the ones associated with building of our harbours and our bridges.  They sealed the roads across the black soil planes, and they built the railways across Australia.  Then they fought off the Japanese invasion so that you could inherit this country.

“You now have the fruits of our labours.  The cities and the harbours and the plains are yours.  We few survivors are aged and can only look on with pride and wish you success in the future.

“But we do charge you, to accept the responsibility of your inheritance and nourish and guard them with care”.

Thank you ladies and gentlemen. 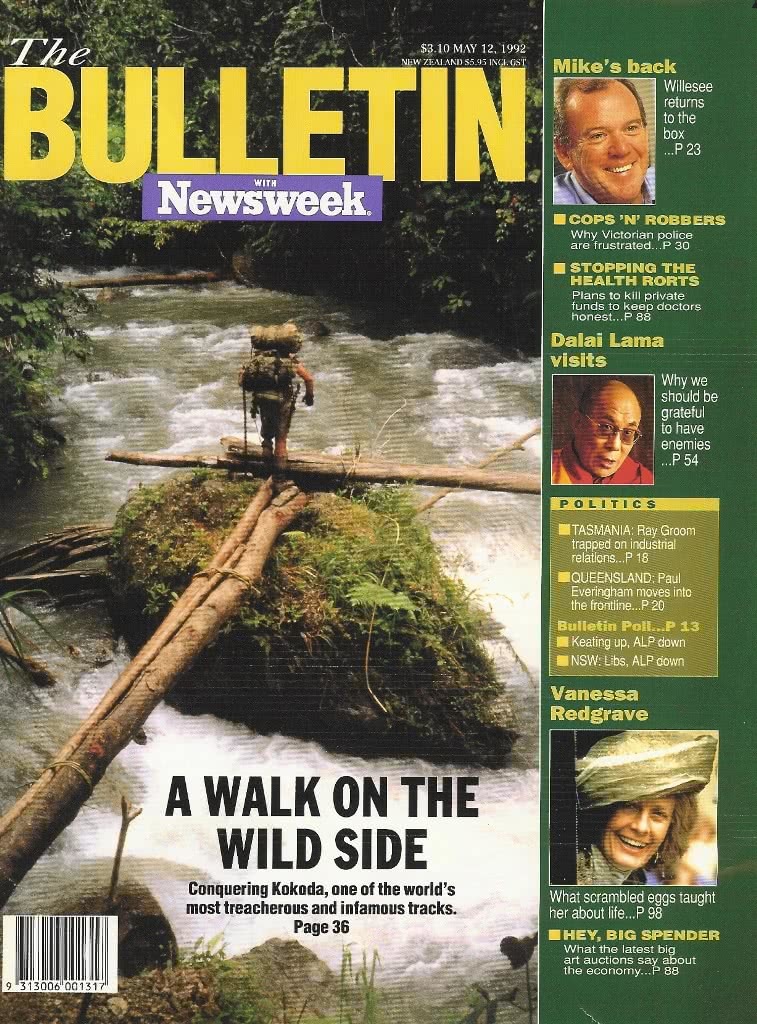