The RSL Services Clubs Kokoda Youth Leadership Challenge is a peer group leadership program based on the Kokoda campaign.  Young people are selected from their local communities to participate in the program.  Licenced clubs in NSW, WA, SA and Qld have recently joined the program. A young female participant, Simone Norris, recently wrote to her trek leader, John Nalder, on the impact of the experience:

I recently participated in the Kokoda Youth Leadership Challenge (from September 27th – October 8th 2010) – a group of thirty young Australians were sponsored either by an RSL or Clubs NSW to walk the Kokoda trail. The Gallipoli Scholarship Foundation initially granted me a monetary scholarship in April of this year; my Grandfather had fought in Papua New Guinea, making me an eligible candidate for the award. From this, I was then given the opportunity to gain sponsorship to walk Kokoda.

I found this challenge to be a great honour – the experience has changed my life. I felt a strong desire to write to you prior to leaving for Papua New Guinea but was unsure of what to say. Since returning to Australia, I have a myriad of memories and new understandings that have stemmed from the unforgiving track and the military history that I was exposed to along the way. There are so many new perceptions that have entered my somewhat sheltered world since visiting Kokoda – a lifelong goal turned reality, there were days I felt I was in my own hell. Upon returning home, the hardships faced on the track have been overridden by the solid friendships and new beginnings that were initiated throughout the trek. Before being in the position that I was on my first day at Kokoda, where I was physically and mentally exhausted, I do not believe that I realised the power of the mind. Even now, I am not sure how I pulled myself through on days when I was dragging my feet along the track, but – it is amazing what your body can do when under grave pressure and determination. I have struggled upon returning home with coming to terms with how I did survive through those moments when I thought I could not go on. I feel as though I am not content with returning to Australia and merely living – I will admit that I was emotionally challenged by the memories held at Kokoda, and I have a burning desire to spread the legacy of our Australian diggers who paid the ultimate sacrifice in the unforgiving and unpredictable jungle that houses the notorious trail.

On the final night of our trip, as we ate and drank in celebration at Port Moresby, we were told of the passing of Aussie digger Stan Bisset. As we all looked around the room, the stunned silence by all created a sense of grief and disbelief. Disbelief that a man who we felt we had come to know the past ten days had suddenly passed. We did not know Stan Bisset and we now never will – but we will continue his legacy of living life to the fullest. We will carry him in our hearts until the day that we pass, because we have undertaken a life-changing journey. This journey has grown from a small seed planted by some generous people that feel that Australian youth should have the opportunity to experience the conditions that our fellow Australians endured.

As I stood on the dusty plains at the village of Menari, reciting the words of Ralph Honner to my fellow trekkers, I glanced across the group. Those in front of me – strangers who had become my family – were as young as those diggers that had stood there at the end of the Kokoda campaign. The words washed over me as if it were a dream, and it became almost impossible to imagine how our soldiers felt when this speech was read to them to signify the end of the campaign. I am now part of a privileged group of Australians who have walked the Kokoda trail in memory of our fallen and living Australian diggers. Their values of endurance, sacrifice, courage and mateship live on in every Australian who journeys to Kokoda in their honour – an honour that will then live with that trekker for the rest of their days, as they have come to understand that life is not about mere existence, but living for what you believe in.

Their Name Liveth for Evermore – Lest We Forget. 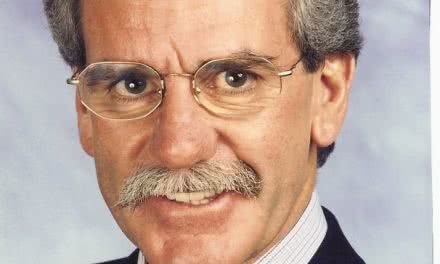 Seasonal Labour from the pacific region