The dramatic downturn in Kokoda trekker numbers, around 54 per cent in 2010, is causing some trek operators to compensate by overloading their PNG support crews. A recent backpack weight check at Owers Corner found that some porters were burdened with backpacks weighing up to 31 kg. The Ranger conducting the check said others were weighing in at up to 36 kg. This far exceeds the recommended weight of 20 kg in the KTA Code of Conduct for trek operators.

This exploitation of local carriers would not have been allowed in 1942 and it should not be allowed today.

The PNG Kokoda Track Authority has established a Rangers Station at the start of the trail at Owers Corner but it seems to be all tiger and no teeth as evidenced by a Post Trek Report from one of our Adventure Kokoda trek leaders:

‘We departed Owers Corner the same time as (an Australian) Group of four trekkers and seven carriers.

‘I observed their packs being weighed- the heaviest being over 31kg and the lightest was 28kg.

‘On day 2 coming down Imita Ridge one of the (Australian group) carriers blew his knee out and could not continue. The trekkers were travelling well ahead of their carriers who could not keep up with them and consequentially there was no one to treat him. I examined his knee and he appeared to have knee ligament damage and also a torn muscle in his thigh. I left him at Va Ule creek but saw no way he could continue to trek with his pack weight’.

The overloading of local Kokoda porters is related to cost-cutting by rogue trek operators. These operators regard the PNG Kokoda Track Authority as a toothless tiger and they know they can flaunt their Code of Conduct and Licensing Agreement with impunity.

According to the KTA website www.kokodatrackauthority.org there are now 47 licensed trek operators on the Kokoda Trail. They are competing in a market that has declined by 54 per cent over the past year. The most effective way for rogue operators to cut costs is to cut the number of porters for their groups. Local porters are easily exploited in this regard as they there are now fewer opportunities to get work. That is why they advise the Rangers that they are happy to carry the extra weight.

Another major cost in conducting treks is the charter of an aircraft to drop food for the second half of a trek at Efogi village. Feedback indicates that only a couple of trek operators continue with this practice due to increasing charter costs.

If the KTA is genuine in protecting the physical welfare of local porters from exploitation by rogue operators they should address this problem without delay.

The solution is simple. Our experience is that it takes three PNG guides/group and personal carriers to support one Australian trekker. This is based on the following assumptions:

If the trek operator cannot produce a receipt for a charter aircraft to deliver additional food to Efogi village at the half-way point then the ratio of porters to Australian trekkers in the group should be 5:1. All the Ranger has to do then is count the number of Australian trekkers in a group, count the number of PNG guides and carriers supporting them and multiply by 3  if they can produce a receipt for a charter aircraft, or 5 if they can’t.

This obviously means that rogue trek operators will have to charge more for their treks but it will also mean that more PNG guides and carriers will be employed and it will decrease the risk of physical injury caused by overweight backpacks.

Australian trekkers who do not wish to be party to the shameless exploitation of local PNG Guides and Carriers should ask two simple questions of the trek operator they choose:

Those who choose to trek with an operator who knowingly overloads their guides and carriers become partners in a shameless act of exploitation which is a poor reflection on the Kokoda spirit.

Order in the House! 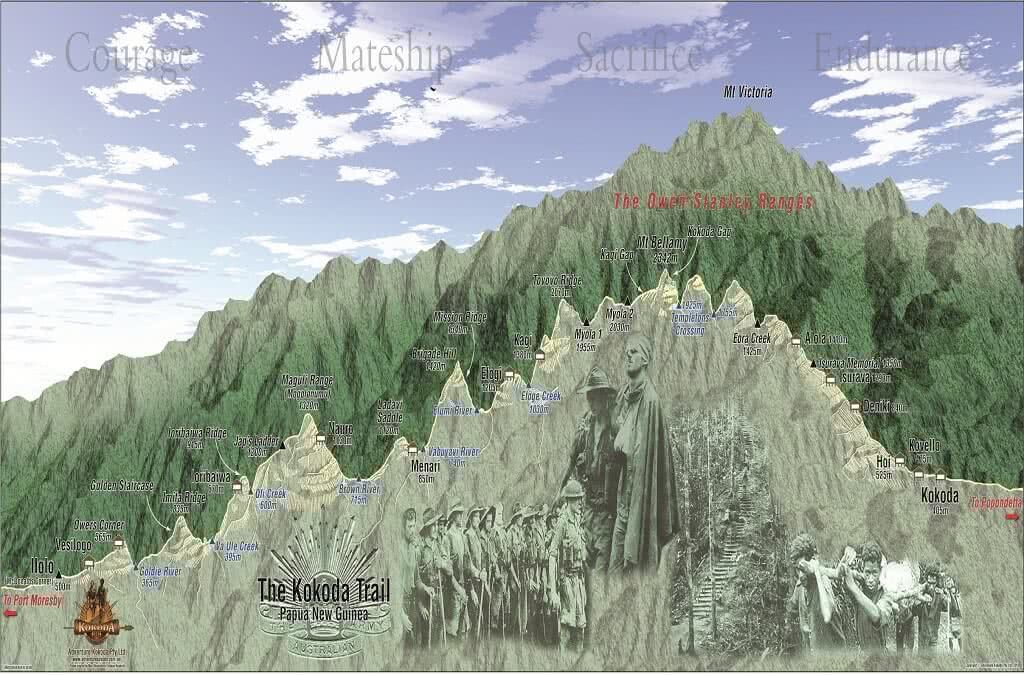