The following article appeared in the Sydney Morning Herald on 5 September 2009:

The Federal Government will spend $1.8 million to speed up safety projects along the historic Kokoda Track in Papua New Guinea – less than a month after a light plane crash in the area claimed 13 lives.

While the Airlines PNG crash is still under investigation, some of the funding will go towards enhancing safety at six of the nation’s airstrips, including new windsocks, cones and markers and a safety audit by PNG and Australian authorities.

The funds will also be used for urgent gravelling and drainage work on the busy Owers Corner Road. at the track’s southern end, upgrading nearby Sogeri Bridge Road, building footbridges at key points and identifying areas which may conceal explosives along the track.

Communications systems will also be improved, with a second radio channel for emergencies to be installed and an enhanced radio maintenance radio program for villages near the track.

The Heritage Minister, Peter Garrett, said the spending which is in addition to the $14.9 million committed by the Federal Government, would be in partnership with the people and Government of PNG.

“This is an iconic, historically significant place for Australians,” he said. 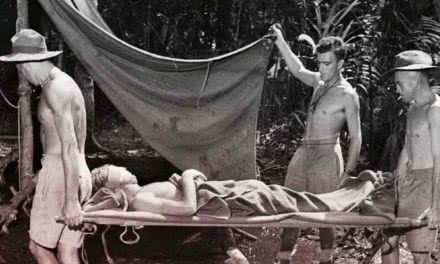